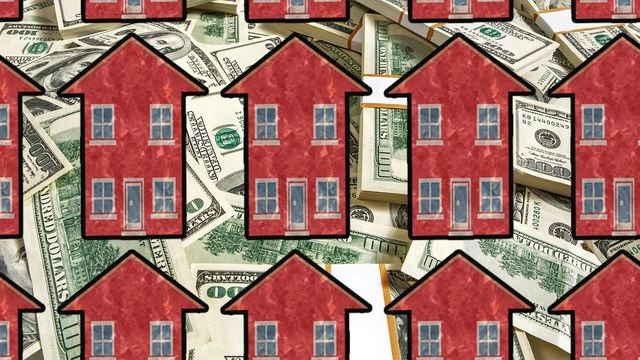 Buyers might want to sit down for this: Homes flew off the market like the hottest of hotcakes in the first quarter of the year—causing prices to rise even higher than predicted in many parts of the nation. The median price of existing single-family homes hit $232,100 in the first quarter of the year, according to a recent quarterly report from the National Association of Realtors®. That's up 6.9% from a year ago—and is nearly double the 3.9% price growth realtor.com® had forecast for 2017. The NAR report looked at 178 markets across the nation. There were 1.83 million existing homes for sale in the first three months of the year—down 6.6% from the first quarter of 2016. "Prices are increasing faster than we expected them to because of the continual shortage of new homes coming onto the market," says Senior Economist Joseph Kirchner of realtor.com. "People that had been holding back on buying a home ... now have good, steady jobs and are less worried about losing their jobs and hence are going into the housing market. "If  the shortage of homes continues, prices could rise 7% to 8% year over year in 2017, he says. Ouch. That means buyers on a budget "will be able to afford one less bedroom [or need to] accept a house with a longer commute," Kirchner says. The first quarter of the year marked the strongest quarterly sales pace in a decade, according to the report. "Prospective buyers poured into the market," NAR's Chief Economist Lawrence Yun said in a statement. "Those able to successfully buy most likely had to outbid others—especially for those in the starter-home market. "Prices went up in 85% of those metros, which are highly populated areas made up of one or more city cores surrounded by suburban and rural communities. That's down slightly from 89% in the previous quarter, but 30 metros did see double-digit price hikes in the first three months of 2017.
"Several metro areas with the healthiest job gains in recent years continue to see a large upswing in buyer demand but lack the commensurate ramp up in new home construction," Yun said. "This is why many of these areas— in particular several parts of the South and West—are seeing unhealthy price appreciation that far exceeds incomes." Four of the five most expensive markets were in California. Silicon Valley's San Jose took the lead, as the median existing single-family home came with a $1,070,000 price tag. The metro was followed by San Francisco, at $815,000; Anaheim, CA, at $750,000; Honolulu, at $746,000; and San Diego, at $564,000. Overall, the West was also the most expensive housing region. The median price for an existing single-family home was $342,500 in the first quarter of the year. That's up 8.4% year over year. Homes weren't cheap in the Northeast either, at a median $255,000. They were up 2.2% annually. Prices in the South rose 8.8% year over year, to hit $209,000.

The most affordable region was the Midwest, where buyers could snag a property for a median $176,600. But prices were 5.7% higher annually. "You can get a much nicer home here than in many places in the country" for quite a bit less, says Lincoln, NE–based Realtor® Ron Herms, of Sellstate Performance Realty. "A lot of other states in the Midwest are going to be similar. ... [And] the quality of life in the Midwest is very good."

Clare Trapasso is the senior news editor of realtor.com and an adjunct journalism professor. She previously wrote for a Financial Times publication and the New York Daily News. Contact her at clare.trapasso@move.com.